« The Bridge world has suffered many losses during the nightmare 2020 has become. But none greater than last week when Justin Lall passed away a month before he would have turned 34. » 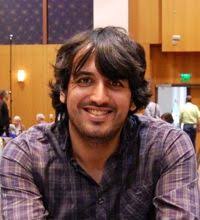 « Justin Lall (1986-2020) passed away earlier today. The cause of death was complications arising from liver disease. He is survived by his long-time girlfriend (Stefanie Scott), her son (Aiden), his parents (Hemant and Jan), and his sister (Jessica).Justin was a true prodigy and a top professional player for most of his life. His reputation for upholding the ethical standards of the game was unparalleled.

How to improve your game by Justin Lal

Why Teenager should actually play bridge